If Beale Street Could Talk…

If Beale Street Could Talk… 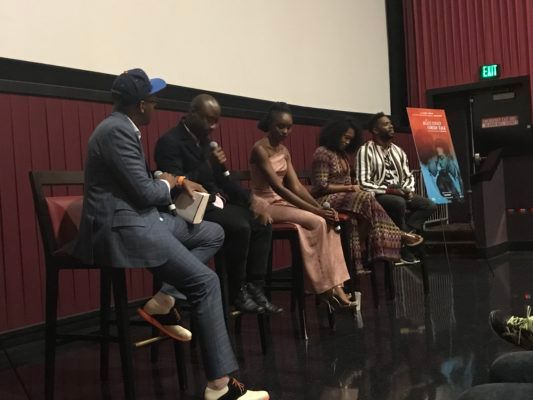 Been taking some time to myself for some mental clarity.

and allows me to put together greater records for you.

My new EP will probably drop around the top of the year. I only got one more joint to record and a couple more features to get on it.

I have no idea how I’m going to promote this one.
I feel like I’ve tried everything and running out of ideas.
At least I know you guys will get it and enjoy and I’m grateful for that.
But anyway back to the subject.
Last week I went to an exclusive screening of the new film “If Beale Street Could Talk”.
The director Barry Jenkins who is also the director for “Moonlight”
was there along with
Regina King and a couple more cast members attended.
Let me start off by saying as a music person.
The score in the film was great.
It has such a soulful jazzy sound.
The music really added to a beautifully shot picture.
I love the way Barry’s films look.
It’s something special and organic about the way they look.
It was a romance movie. I liked it.
During the Q&A the leading character of the film played by
KiKi Layne talked
about how she never thought she would get to play
this ingenue role because of the way she looked.
I never really noticed how many stories are not being visually told.
I think our society has reached a peak and is tried consistently
seeing and hearing the same stories by the same people
being told over and over again.
I believe for the sake of entertainment and culture.
We really got to start taking some risks on stories to be told.
#8xGrammys
Click Here to see A3C Recap….