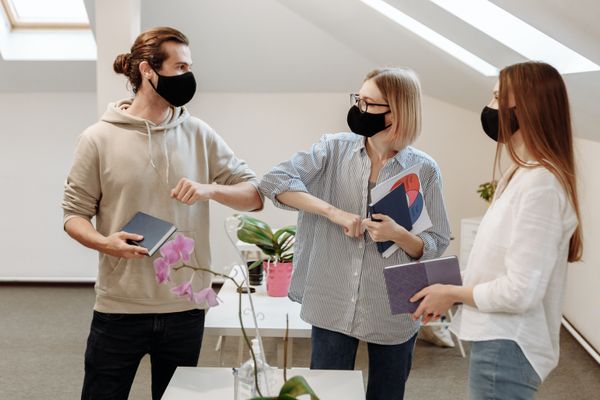 I had an interesting realization during All-Star Weekend. I went to a networking event and it was the first time I realized how much my life has shifted since COVID. I’m fully off of social media, I got my first music placement... I feel like I finally have tangible proof that I’m on the right path.

With that said, I realized I had to re-envision what networking will look like for me in the future. Back in the day, networking was how I forced doors open for myself instead of allowing God to make away.

It will probably take a good 3 - 5 years to renew my mind of this old way of operating. Before me and my video director started working together, he had to tell me like "hey you don't have to keep selling me on you, I get it and I'm into your stuff"

Then I just realized I'm currently selling myself to someone else who already wants to work with me...I'm just not used to not having to deal with the shenanigans.

So in this new season I want to stay away from that. I just want to make authentic connections with no ulterior motive or agenda.

The event was really nice. I was so out of practice though that my anxiety was through the roof. I tried to make the most of natural interactions instead of defaulting to the old me. The Old Rochelle would have thrived off of flattering people into a relationship that would benefit me. But I’m not her anymore.

In the end, I figured out that forced networking can’t be part of my current season. I’m very happy and blessed with the people that are currently around me. I’m grateful we get to grow together and witness each others’ successes. I’m not pressed to add to my team.